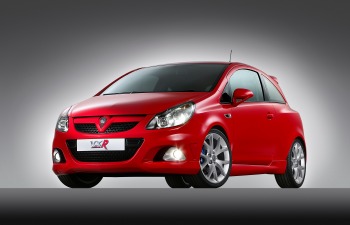 The new generation Corsa (Europe's replacement for the former European sourced Holden Barina) has already caused quite a sensation with its bold styling and impressive road manners, but now Vauxhall has pulled the wraps off the ultimate version – the VXR.

The performance flagship of the range is every inch a VXR, designed from the outset to deliver the ultimate in hot-hatch driving excitement and style.

Immediately distinguishable from other models in the new Corsa range, the three-door only VXR comes with several unique VXR styling cues. The mirrors, front foglamp surrounds and centre-exit exhaust tailpipe all have a triangular theme, while the aggressive front and rear bumpers are unique to this model. 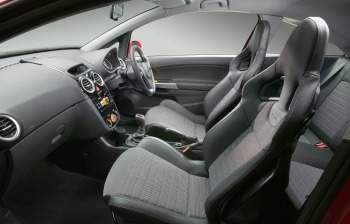 The interior is dominated by the sculpted, shell-backed Recaro sports seats and the race-car style flat-bottomed steering wheel. Drilled alloy pedals, piano black trim on the facia and unique VXR detailing on the dials and gear lever make sure the Corsa VXR looks as special inside as it does on the outside.

Power comes from a compact 1.6-litre turbocharged engine, developing 192 PS and giving Corsa VXR the ability to accelerate from 0-60mph in 6.8 seconds. Like the Meriva VXR, it comes with an ‘overboost’ facility which can increase the torque output on demand to a maximum of more than 260 Nm – useful for safe overtaking. 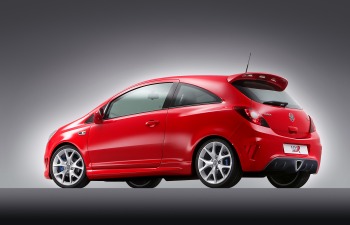 The power is kept in check with a dynamically-designed chassis including a specially-tuned ESP system, along with uprated brakes and suspension and variably-assisted power steering, which alters the weight and feel of the wheel depending on the way in which the car is driven – a feature unique in this area of the market.

Yet despite its wild performance and impressive technology, Corsa VXR promises to be an affordable car to run, with surprising fuel economy for such a car.

The Corsa VXR will make its public debut at the Geneva Motor Show in March and will be available from Vauxhall retailers from mid-March. Opel will have a version for continental Europe at the same time.

There is no need to anticipate a VXR version of the current Daewoo sourced Holden Barina.

Other Vauxhall news is: here